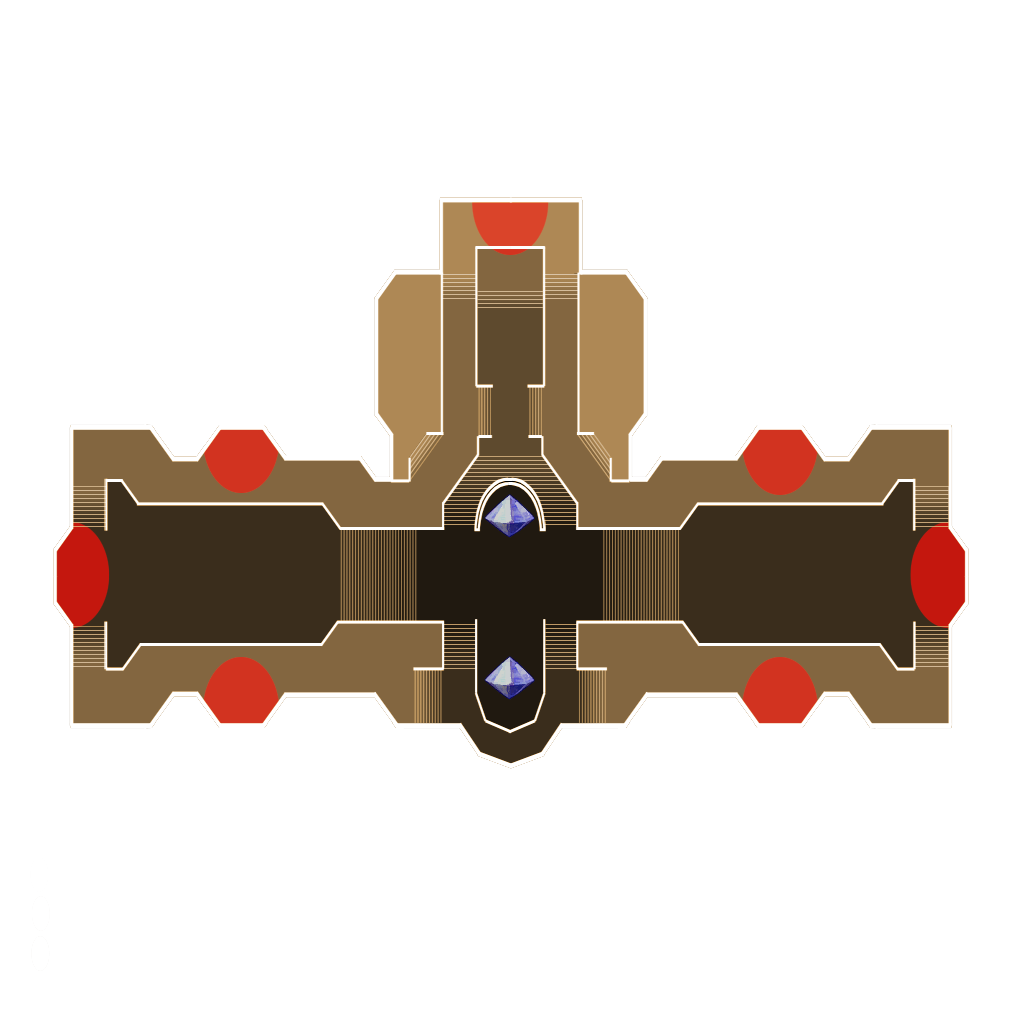 Place 6 Lightning Towers in two rows of three. Place 3 Deadly Striker Towers in such a way that one points west, one points east, and one points north.

If placed correctly, a buff beam running down the center of your towers should affect them all.

Place two physical barrier beams on either side of your setup.  This helps a lot to prevent being overrun by ogres in later waves (if your stats would even allow that to happen).

Finally, place Reflector walls around the area as shown to completely lock out any projectiles from your defenses and crystals.

Focus on upgrading the buff beams and the auras first.  The auras are much smaller on nightmare, so the sooner they're upgraded the better so they'll reach as far out as possible. After that, you can buff the towers themselves and the physical barrier beams.  Obviously it'll be up to your discretion based on your stats.  Due to how walled off you are, you could very easily do this in AFK mode if your stats are up to par.  You could also throw in as many summoner minions as you'd like to add more damage.  Just summon archers outside of the cluster and then manually move them inside to have them be on top of the buff beams.  You can fit max'd out archers all inside the cluster.

Note: If you plan on standing somewhere AFK, do not stand on top of your towers since it will leave you vulnerable to goblin copter missles that would be able to angle over the reflector walls.  The best place to sit would be at the apex of the two northern-most projectile reflector beams between the wall and the crystal.