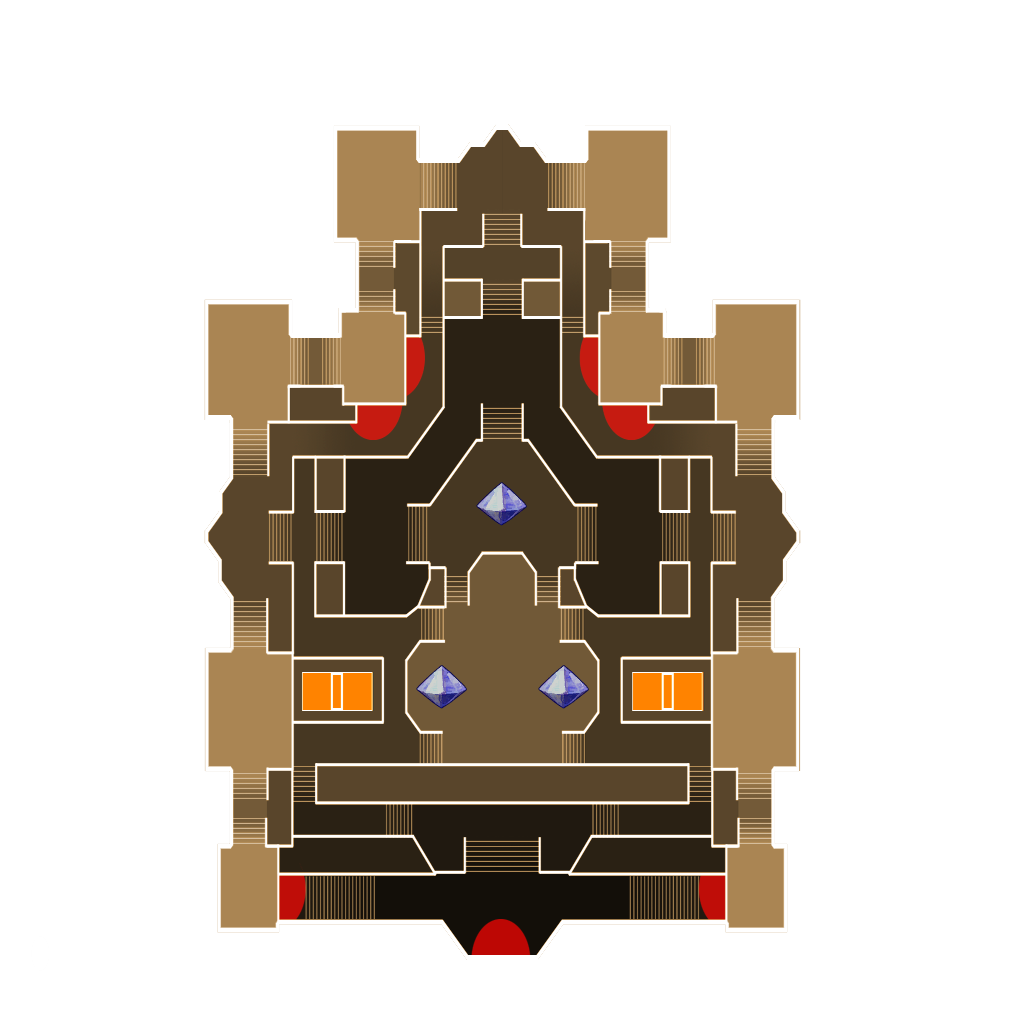 at hint 4), the DST stack is placeholder for a SAM stack. these are optional, but speed up the run tremendously vs copters.

The roman numerals denote the order in which you need to press the gargoyle heads to activate the secret.

wave 1, I build auras, reflects, and buff beam, then have a jester drop mana for both an EV and an app split mid-wave. SAMs > DSTs > LTs for my placement. If you don't want such a stressful build phase, just build app stuff w1 and ev stuff w2, or skip SAMs altogether.

The reflects may seem like overkill but they work for me and when I try to remove some of them, I tend to randomly lose.

The ensnare can optionally be replaced with an electric aura if you're going for an initiate boost speedclear.