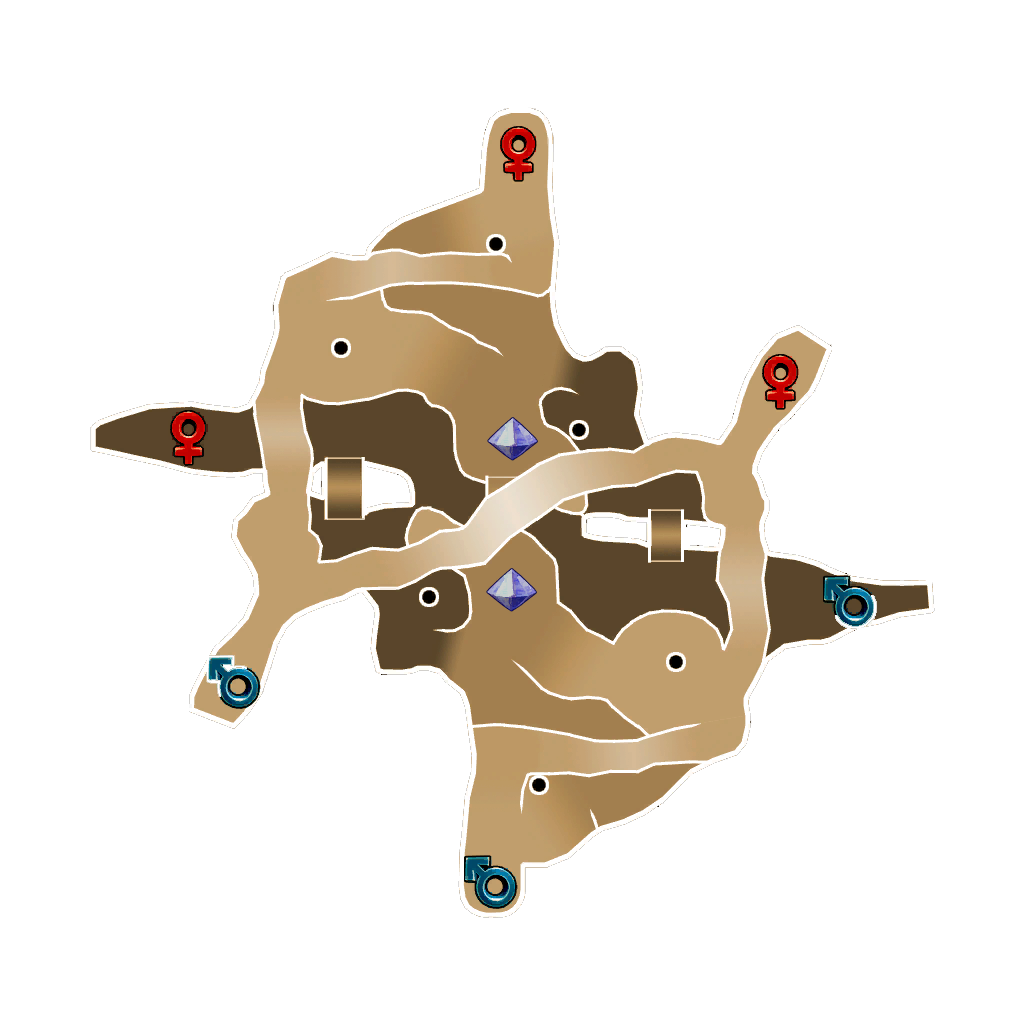 Dungeon Defenders Redux added a secret reward to this challenge map on Ascension: the purple ?"Cool Glasses" accessory. This build is designed to not only beat Sky O' Love, but to farm those fancy glasses for good stats. The secret is triggered by stealing them from a teddy bear under the center stone bridge prior to the boss fight.

Hint 1: How far from the central bottom bridge you can place the Strength Drain Auras depends on their range. Ensnares should not be touching the buff beam; downscale them if necessary to not cover the overhead bridge. Their main purpose in the build is to slow down Wyverns and Kobolds coming close to the core. The reflectors are needed to block archer arrows.

Hint 2-3: Everything is on the stone bridge: 4 DU Buff Beam, 2 Harpoon Turrets, 2 Mortars, a Healing Aura and a Damage Totem, all encased in a reflection cage. The 2 DU reflectors cover the space underneath the bridge for the boss fight.

The goal of this challenge is to make boy and girl mobs pair up, by taking advantage of their aggro behavior. Between the Strength Drains and Healing Aura, this build makes the overhead bridge the safest place to lure them to. Without an Ultimate Fairy, you aren't completely invincible to a spider-warrior assault. Interestingly, it is possible that the Damage Totem will reach into the bridge's midpoint.

Activating Sky O' Love's secret causes a second Mega Cupid to spawn wearing Cool Glasses. The Reflection Beams around the center bridge protect against their deadly arrows (unless they somehow shoot exactly straight down at your turrets). The battle should be over pretty quick with a good DPS Apprentice, Huntress or Ranger and a Monk to Hero Boost.