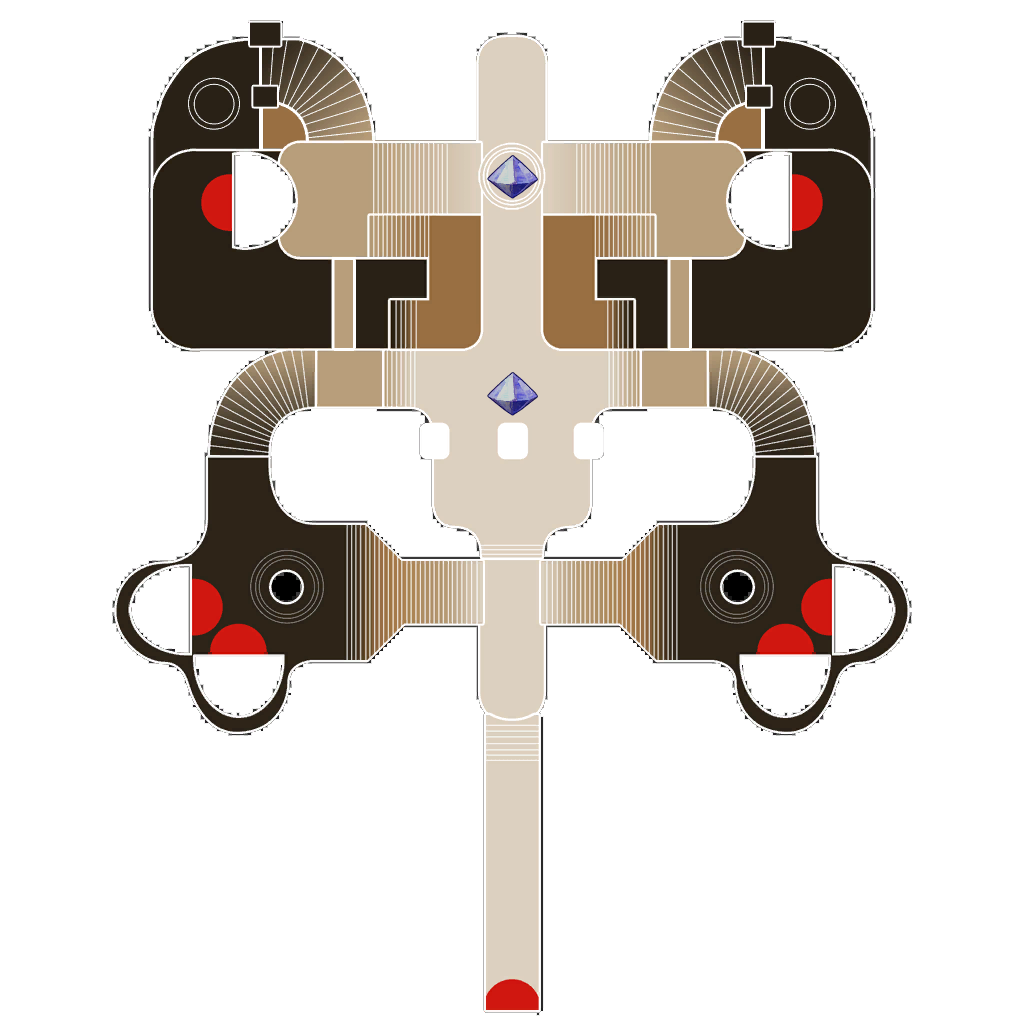 This is an afk build that Iuse to armor farm. I use 4 summoners but it can be done with 3 summoners, or 2 if you have very big auras. I do not recommend running this with below 8k main stats on your builders. It might be possible, but I haven't tested. The LTs must do enough damage to aggro ogres that are near the middle core, which is also which the guardian summoner boosting LTs is necessary.

The main issue is ogre snotballs hitting pillars and doing splash damage. The cyclope snotballs can be very nasty. For that reason I use a lot of reflect beams, and they are placed in a particular way. They are basically in front of pillars to prevent most snotballs from hitting them and doing splash damage. Check the pics or video I'll upload later for precise placement. The gas trap must be moved as close as possible to the middle core. They will prevent djinns from stealing your stuff there.

At point 1, there are 4 stacks. The tower stacks (6 LTs in one stack, 4 mortars + 1 DST in the other) are side by side (horizontally) with the buff beam passing right between the two stacks. The mages and archers stack is as close as possible to the towers on the side of the spider queens. The spiders are close to towers, but on the side of the middle core. I build the auras near LTs so the expansive poly will buff 3 auras and 3 LTs.

I start on wave 17 and do 1 wave on jester to upgrade. You should have time to max upgrade all towers, buff beam, and auras. You can even max the spider queens and the wall. The thing is there are so many ogres at the end of the wave, there will be a lot of mana on the ground.

During the waves, I do 2 sumoners with destructive and speedy poly pets to buff all towers, 1 summoner with expansive poly for the auras and an eye of destruction for DPS. The fourth summoner is optional, but I do repair summoner (imp + djinnlet) to make this afk. Else you'll just have to flasheal or repair manually.

You should probably restart on wave 26 or 27 since the number of mobs is starting to ramp up. This is more ults per wave than Sky City from my experience. The mages and archer minions are optional, but they help me for AFK.