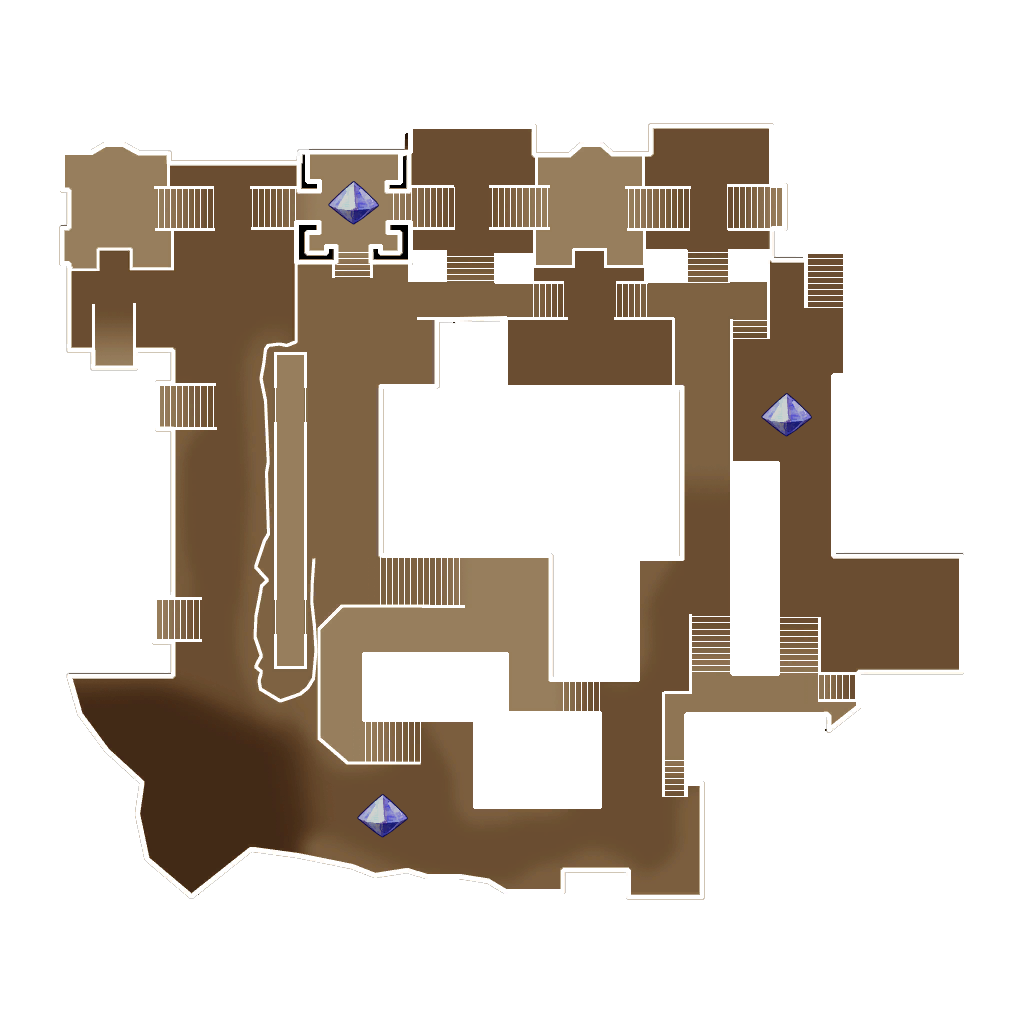 2nd build phase: build all spiders and mages, then place as many archers as you can (you won't be able to build all, as you won't have enough mana, even if your builders carry 2020).

On the build phase when everything necessary (explanation later) is upgraded to 3 stars: build the 2 lightning towers.

- I'm using the hints signs as a way to name the sections where the signs are.

- Don't stay on hints 2 or 3 when enemies are spawning.

- Don't upgrade traps placed on hints 2 and 3. All the rest of the defenses must be upgraded to 3 stars.

- That isolated gas trap on hint 1 holds a lot of weak enemies. They are very helpful to upgrade the defenses on hint 1.

- All mage minions are over the spider minions.

- The 6 DU buff beam on hint 4 should have as many arches as you can place, I put 4 just to show which defense needs to be placed there.

- Boss fight: repair auras and traps before boss fight starts. Recommended hero is a dps monk or boost monk (3k boost, 2.5k hero dmg, and 2.5k hero hp as minimum stats). All players should be on hint 4 when boss fight begins. If you did everything right, all bosses will go to hint 4 besides one snowman (which will remain on hint 1). Boost heroes to kill the bosses, and activate tower boost sometimes (to help you kill the bosses and also keep defenses' hp). When all bosses on hint 4 are dead, go to hint 1 and kill the final snowman.