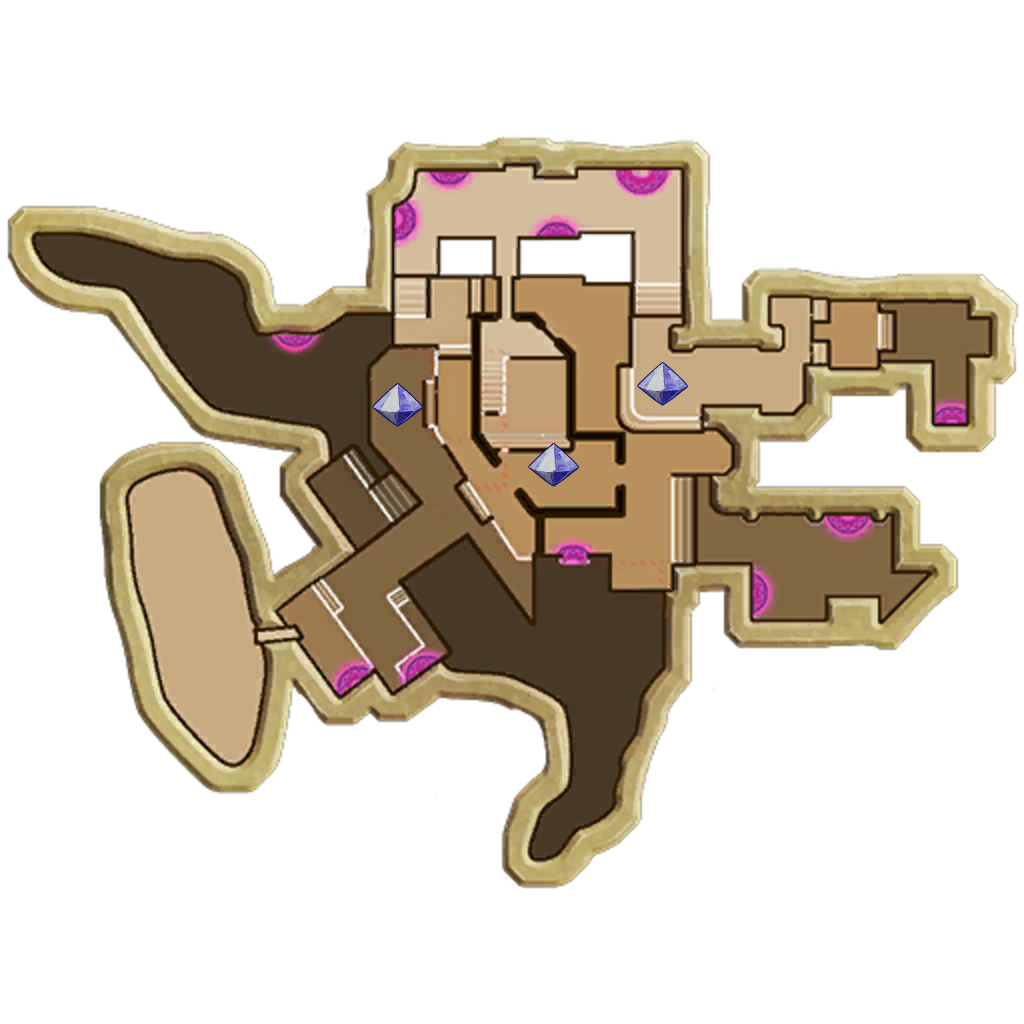 Really ,really harsh map for wave 32 start. Big size and number of mobs on screen make the map way harder than some would expect, especially for the reward being a niche supreme builder set.

Required stats are just my stats, but this build should work at way lower stats, since I've been using around the same build since 6k stats. Range auras are not required.

For waves 32-34 I bring my upgrades jester and tower boost monk. For wave 35 I bring a guardian summoner and place it on LT's and my builder apprentice.

Shoul wheel damage all when available and have tower boost up as much as possible.

0. Before wave 32 start - Buff beams
1. Outside cores
2. LT and DST stack
3. Minion walls near the inner core (due to tower boost they don't take enough damage for them to be a priority)

Gas trap on 1 should be moved near the core with a move tower jester.

Mages on hint 4 are under the floor.

If you're having trouble with the cores on east and west, you place a gas / ethereal trap on each one instead of darkness traps (hint 5), wihch should help kill stuff there faster if your LT's/DST's don't kill trash mobs / get ogres attention fast enough.