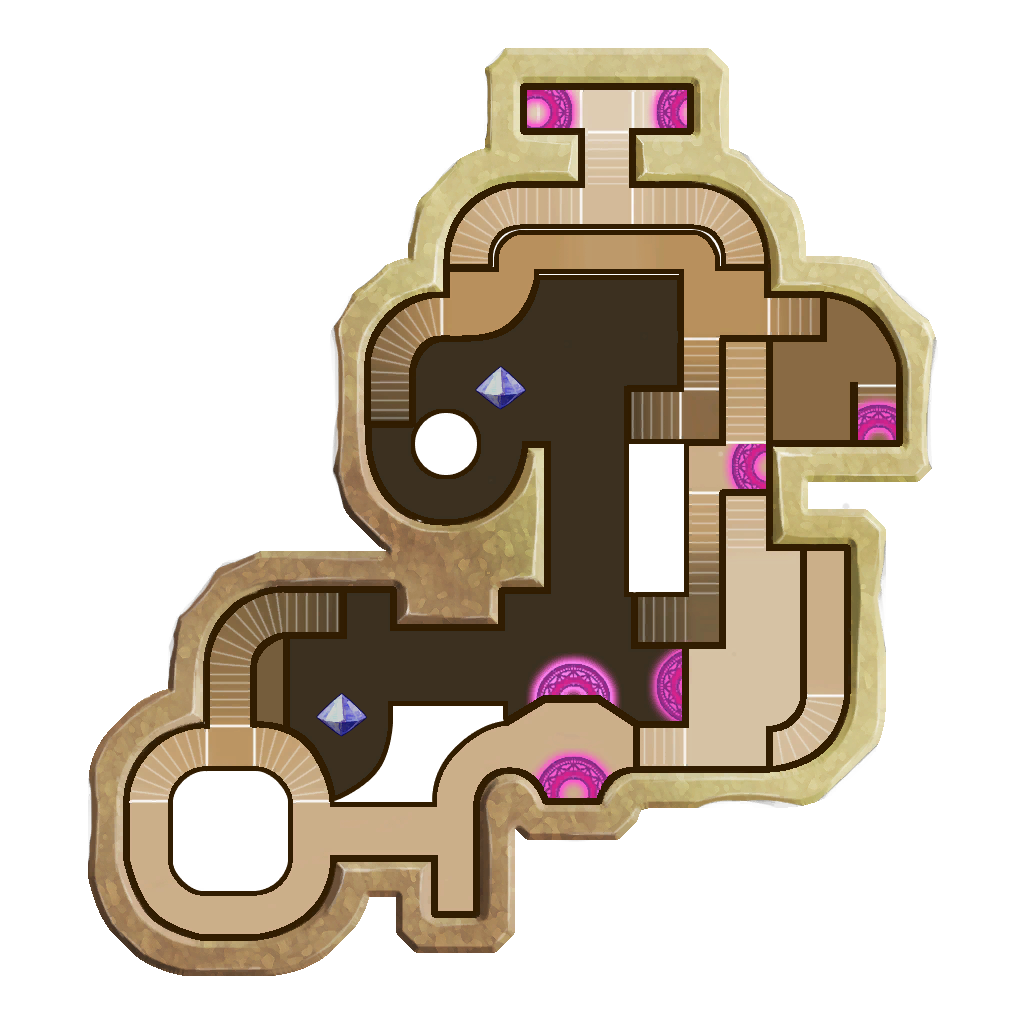 ***Let me just say right off the bat, at the time I'm making this build, Omenak is prone to crashing and if you want to armor farm here, be aware the game may just shut off at any point, best if you lower graphics settings to low before starting as that seemed to help reduce crashes.

Place the other two boost beams as shown and see minion build at note 2 (minions are here used as walls to keep mobs off the tower stacks and web ogres) one build of minions on each side, on each boost beam.

Place traps as shown (this helps with overall mob management and keeps little guys off the south craystal.

First wave, if starting early, just upgrade with whatever, but if you're starting on later waves (23+), you'll want a Tower Boost monk to help upgrade or the initial surge will overwhelm the build.  Once fully upgraded, it can hold up with summoners rocking dual guardian pets.  Huntress/Monk x2 or you can also do Huntress/Monk/Huntress/Apprentice Guardians.

Due to sheer numbers on this map, recommend 2 summoners at the stacks.  Flash heals should be able to reach every element except the gas trap (which never needs it anyway).  Likewise if you bring in a Tower Boost Monk on later waves, he can stand near the stack and boost everything.