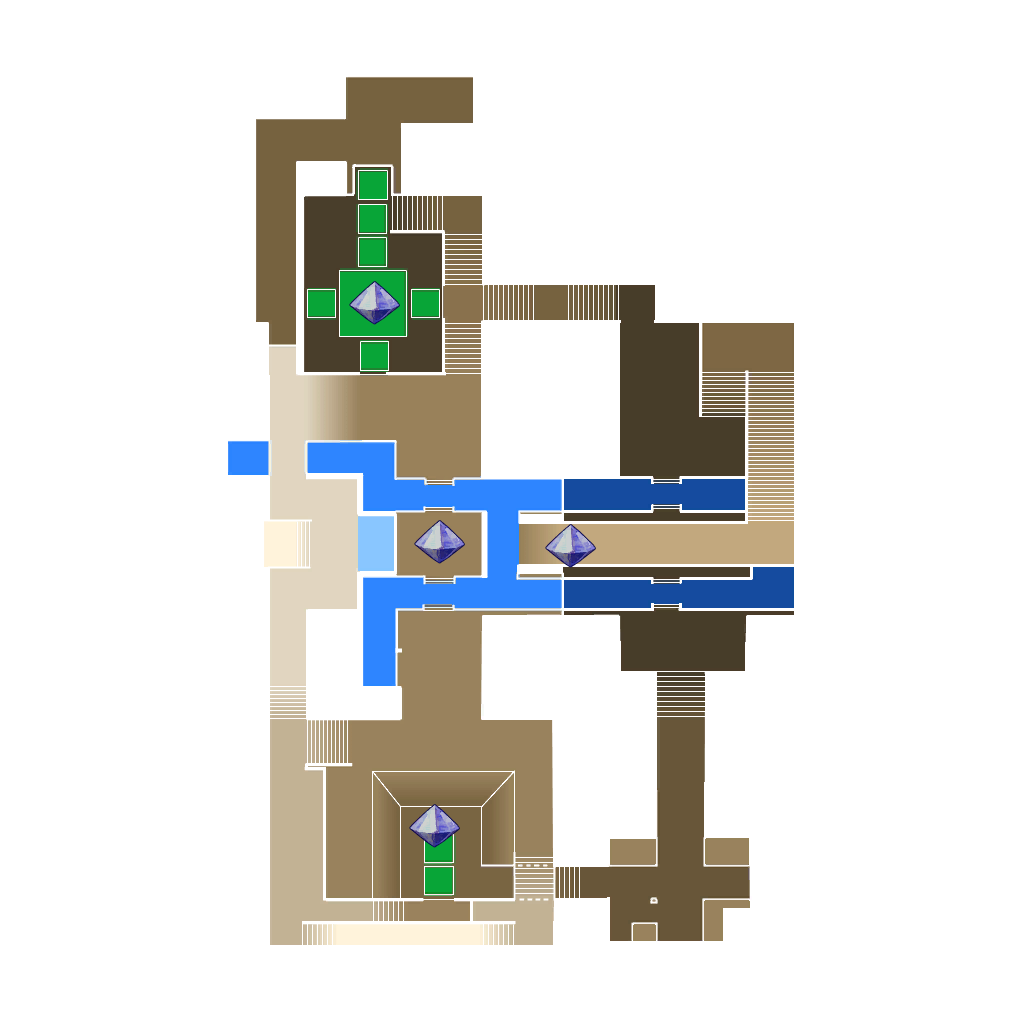 This is a slightly modified version of Plane's Fairy build. The build only works for 2 consecutive waves and then the east crystal dies. It took me a week to finally get the build somewhat functional while soloing. I traded 2 LTs and a reflect beam for 2 traps, an ensnare aura, and a buff beam. I also moved traps, auras, and minions around slightly to draw aggro and kill fish. This is an extremely difficult level where many things can go wrong. Bring 4 heroes at the end of wave 24 for more rewards.

Wave 23: Optionally bring a Boost Monk with a Genie and hold down the ranged attack at Hint 1. Start at the top with your Jester and Immediately kill the fish from the ceiling. This fish is hard to hit due to a bug. Fully upgrade everything but the minions at the north crystal. Use Wheel O' Fortuna Damage All and make sure not to drag ogres to any crystals. Head to the middle/bottom and upgrade/repair the auras and minions if they need it. Upgrade the rest of the buff beams and then upgrade as much as you can until the wave is over.

Wave 24: Bring a splitscreen Boost Monk with a Guardian pet. Stand at Hint 1 for the whole wave and use Wheel and Tower Boost. The only time you should need to leave is if normal Ogres (not copters) from the south are not aggroed. Make sure to aim the Deadly Striker properly for this purpose. Use Wheel O' Fortuna Damage when they spawn to prevent this or body block them until they come after you. See 10:55 and 11:50 in the video where I wait for the Ogre to spawn and then use Wheel. I used it early on the next Ogre but I kept an eye on it until until another spawned at 13:05.