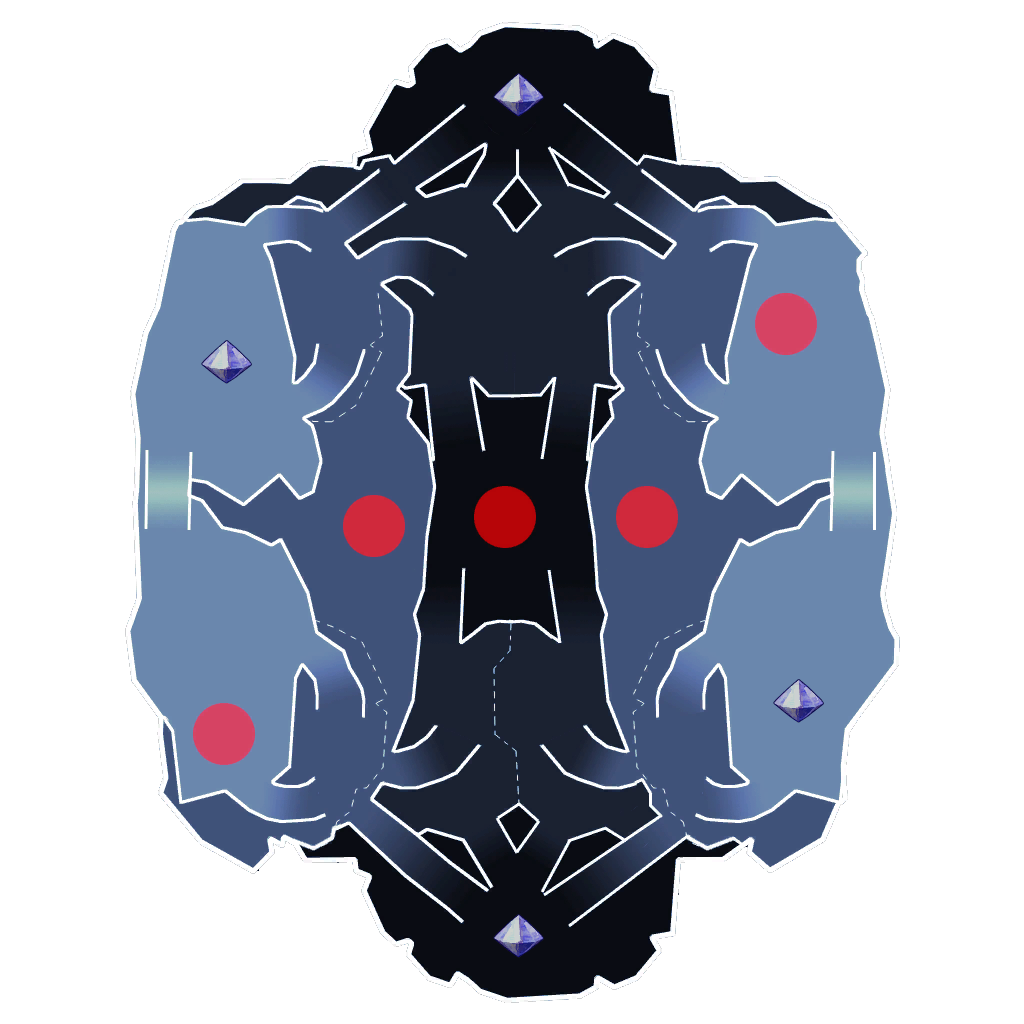 If you're using this build on crystalline resurgence, then there will be a boss last wave. The boss is a Genie King that is 100% resistant to generic damage. While fighting him, make sure to summon strength drain auras on him if you're using a dps monk as he deals a lot of damage

North & South has 2 archers, 1 spider and 2 mage minions on each buff beam.

The Nort East choke has 8 archers, 1 spider and 2 mages.

If you can, I'd recommend using jesters "Move Tower" ability to move your traps closer to the various cores if you have a jester with 0 range.

If you're using this build on crystalline dimension, then stats around the 2000 range should suffice. However, you can certainly go lower if you really try.